Our most-recent client is a startup company in Seattle named Tether Technologies. 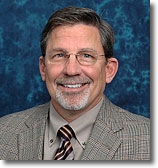 Randy Neely is founder of Tether Technologies, Inc. Having spent more than 30 years in the contract security and property management industries, Randy saw a glaring need for a key control system that would actually prevent the loss of keys. On multiple occasions, Randy dealt with situations where master keys were lost or misplaced, ultimately costing facility owners tens of thousands of dollars in re-keying expenses. The ability to eliminate those situations drove Randy to develop the idea for EKT.

Since 2007, Randy has been CEO of Northwest Protective Service, a regional security agency. Previously, he was vice president of a national security company for 21 years. Randy also managed residential and high-rise properties in Southern California and worked in the proprietary section of the security field in the hospitality industry. Randy is the past president of the Washington State Security Council. 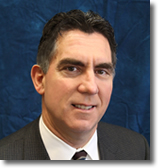 John Suryan joined Tether Technologies as CEO in August 2012. He has more than 25 years of experience in technology, commercial real estate, private equity, accounting and finance industries. John was a co-founder and president of officespace.com (founded in 1995 and launched in January of 1996) until he sold the company in late 2010.

During John’s tenure at officespace.com, the company grew from an internet start-up to an industry leading brand. The company went from 200 office buildings in downtown Seattle to having an inventory of over 20,000 commercial buildings in approximately 150 US cities.

Prior to founding officespace.com, John was a senior associate at The Norman Company, a full service commercial real estate firm that was acquired in 1998 by Trammell Crow Company. As a commercial real estate broker and project manager at The Norman Company, he provided office searches and negotiated leases for major companies in the Northwest region including Simpson Investment Company, Cole & Weber, HomeStreet Bank, Airborne Express and Metro. Previously, John worked as an auditor for Main Hurdman KMG, an international accounting firm now part of KPMG International.

John is a certified public accountant, licensed real estate broker and holds a Bachelor of Arts degree in accounting from the University of Washington. He is an active angel investor with a keen interest in early stage startups.